Mizar’s offer: discounts of up to 50%

Discover the offer here!
SEE ALL THE OFFERS

Do you want to become our client? 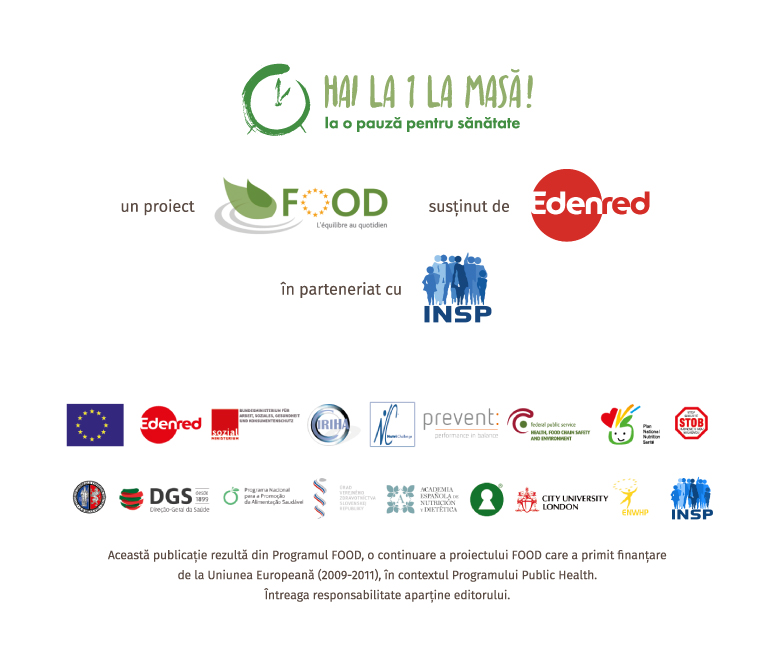 "Come at 1 at lunch! Take a health break" is an educational campaign, created by Edenred to help employees make intelligent food choices for everyday lunch.
The campaign’s mission is to raise awareness around the importance of the daily ritual of lunch that each of us needs and deserves it. Lunch break can generate mental and physical energy throughout the day and it can help achieving balance between work and personal life.

In this Edenred initiated journey are co-opted responsible employers, who value their employees and want to help them become healthier and more efficient. Also, part of the mission are the alliances made with partners like restaurants or canteens that will contribute to a beneficial education process for their daily clients.

The launch of FOOD Programme - Come at 1 at lunch! Take a health break

Another premiere is the strategic partnership with the National Public Health Institute, the FOOD program being a close partnership between the private sector and the public one.

According to an Edenred study, 50% of Romanian employees spend less than 30 minutes everyday for lunch, unlike other European countries where only 23% of employees spend this time. The FOOD program has taken the task to address the negative impact of unhealthy lifestyle habits and the risk factors resulting from it.

On October 16th 2017, at the third edition of the World Food Day, 20 managers and entrepreneurs from companies counting more than 20.000 employees, joined the campaign Come to lunch at 1!, showing, by the power of personal example, that lunch break is not luxury, but a necessary habit for a healthy life.

Attending the event organized for the World Food Day, the companies’ representatives showed that lunch break is not only a method by which those who are active on the labor market take care of their health and energy, but also a social binder, as both aspects contribute to a better quality of life for the employees in Romania.

The second edition of the World Food Day had the same purpose, related to the adoption of a healthy lifestyle in the daily routine. Together with representatives of various public authorities, nutritionist doctors and retailer partners, we discussed the importance of using meal vouchers for the purpose for which they were regulated in Romania, namely to ensure a hot meal to the employee, during the working hours, at the cafeteria or restaurant nearby.

In 2016 we enjoyed an increasing community on the Come to lunch at 1 Facebook page. Following a series of contests and QA sessions with Dr. Alin Popescu, Edenred desired to have direct involvement on the healthy habits of the employees. Thus, through the contribution of the co-workers, we found out who are the employees that never take lunch breaks and eat on the keyboard. We surprised 60 employees in Bucharest, from the most various domains, with a hot lunch meal together with their co-workers, for relaxing moments during the working hours.

In 2016, the campaign Come to lunch at 1, by extending the desire of correct information on healthy eating habits on the little ones as well. We began with the Edenred employees’ children, through a workshop held by Dr. Alin Popescu, with the participation of more than 30 children from Bucharest and Sf. Gheorghe. The main success of this meeting was orientation towards vegetables combined with various foods, but also raising awareness on the main meals of a day and identifying the food categories.

Edenred has brought the importance of correct eating habits to the public opinion’s attention through a debate organized on the occasion of the World Food Day, on October 16th 2015. Several public authorities’ representatives, retailer partners and Edenred clients were present, as well as journalists, to discuss together in a free and relaxing way about encouraging Romanian employees to adopt correct and healthy eating, starting with one of the most important eating habits: the lunch break on time, and outside the working space. In order to be a good example ourselves, we prepared a delicious meal during the lunch break, at 1, with the help of Adi Hadean and his team.

Activation of employees in office buildings 2015

On the 19th, 20th and 21st of May 2015, the Come to lunch at 1! Team visited more than 9000 employees, in 3 office buildings in Bucharest. Our promoters interacted with them, presenting them the company’s messages, and especially encouraging them to have lunch on time. More than 300 employees have won a healthy lunch in the Salad Box partner restaurants in Bucharest. It was a first step in our undertakings to educate the employees in Romania to adopt correct eating habits, starting with a moment that is most of the time neglected by them: the lunch break. We continue sending everyone the same message: Come to lunch at 1!

Launching event for the “Come to lunch at 1” campaign 2015

The launching of the campaign was a welcome opportunity to bring together partners, supporters and officials to debate on the topic of healthy eating, as well as the correct behaviors and habits that we wish to promote through this initiative. In this special moment, partners from the Ministry of Labor, Ministry of Health, the World Health Organization, the Association for the Prevention and Treatment of Eating Disorders, nutritionist doctors, were by our side, as well as Chef Adrian Hadean, who prepared a delicious lunch on the scene! 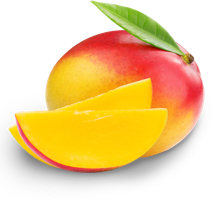